'Never too soon to read to baby' - study

It's never too soon to start reading to your baby, a new study has found.

The Growing Up in New Zealand study, which is following about 6000 children born in Auckland and the Waikato in 2009-10, has found that babies who were read to frequently at nine months had better language and number skills at age four and a half.

On average, the 4-year-olds could name eight letters of the alphabet within one minute, but some could name all the letters while a third couldn't name any.

Auckland 4-year-old Alexis McGregor, one of those who can write all the letters, can never remember a time when her parents didn't read to her.

"We read to them right from when they were tiny babies," said her mother, Tessa McGregor.

"We've got a photo of my husband reading to Alexis when she was only six weeks old. "You can get those books that are designed for really, really tiny babies, they are almost black and white. They [babies] just focus in on them, it's quite interesting for them."

The study is believed to be the first in the world to investigate whether the determinants of early learning success differ by ethnicity.

On average there are big ethnic variations. Children of Asian mothers can name an average of 14.7 letters in a minute by age four and a half, compared with 8.7 letters if the mother is European, 4.5 if she is Pacific and 4.2 if she is Māori.

But those differences were largely due to the mothers' education levels and the deprivation ratings of the areas they lived in. 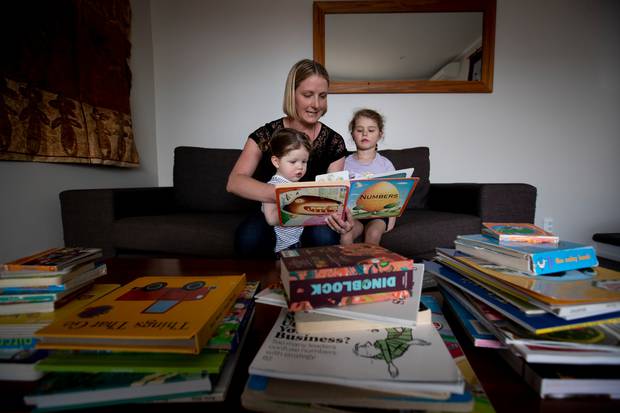 After controlling for those factors, the study found that the frequency of reading to the child at 9 months significantly increased the child's learning at age four and a half across all four ethnic groups.

University of Auckland educational psychologist Dr Kane Meissel, the lead education researcher for Growing Up in NZ, admitted that the finding was "not very surprising".

"If you teach related behaviours, then of course they'll learn them," he said.

"One of the things that is important, though, is that it's something that doesn't come readily for a lot of parents. It doesn't necessarily come quite so readily if you haven't learnt those sorts of things yourself.

"So it's about recommending that we provide support for parents to make sure that they do know how to introduce those kinds of things." 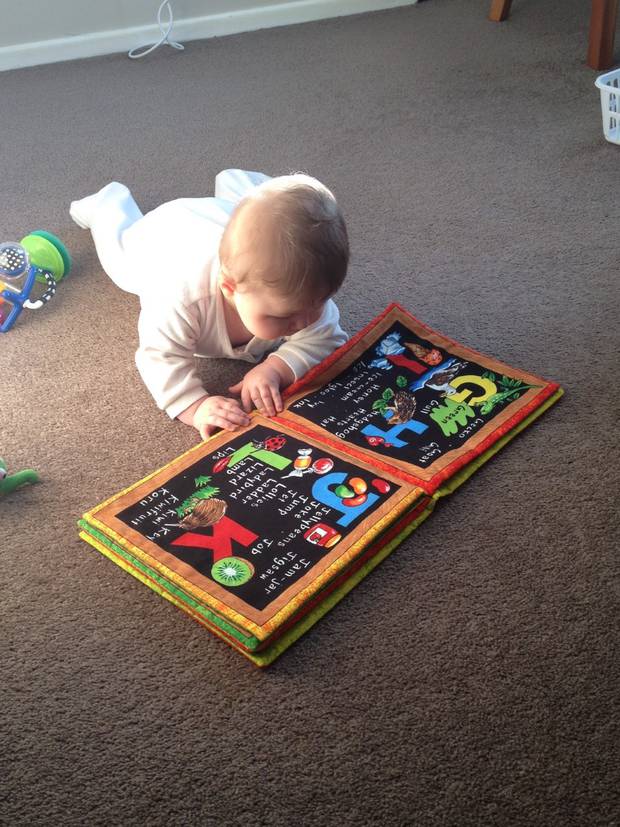 Tessa and her husband Campbell McGregor had the advantage that three of their four parents were teachers, so they both grew up with books and wanted to pass that on to their daughters Alexis, 4, and Hannah, 2.

"I loved reading as a child," Tessa said.

"I guess for us it's more about getting them to have a love of books, and to have that for life.

"We think it will be really important for them from an educational perspective, but also that we really want them to be able to enjoy reading. That's something that I've had right from my childhood and my whole life, and I want to be able to give that as a gift to the children." The study also found that having more children's books in the home at 9 months reduced the odds of the child being hyperactive at age 2 across all ethnic groups, after allowing for the mother's education and deprivation levels.

A child having "conduct difficulties" such as tantrums at age 2 also reduced the odds of the parents spending time helping with reading, writing and numbers at age 4, and hence reduced early learning outcomes, for all groups except Europeans.

The study recommends ensuring that all parents can access culturally relevant children's books, and providing earlier support for children with conduct problems as early as age 2.

CLASSROOM ENVIRONMENTS HAVE MORE IMPACTS THAN YOU THINK